Own the Future with Quality 3D Virtual Reality Ads

Once the realm of science fiction, Virtual Reality (VR) is now science fact. It is here and is a rapidly growing industry. Most VR content is in the form of games, and the gaming industry is leading the charge by bringing these new technologies to the masses. However, other companies are taking advantage of this leading-edge technology, and the benefits it brings to the average person. Before you know it, virtual reality ads may be commonplace as well.

From the conceptual Google Glass, to Oculus, to apps that turn any smartphone into a VR-capable monitor, the tech needed to consume VR content is becoming increasingly accessible. Augmented Reality (AR) is a huge component of the VR world and technology as well, integrating content into both real-time feeds and recorded footage. 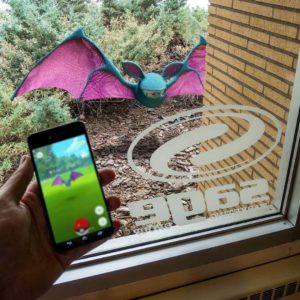 Some applications utilize AR as a smaller feature, like Pokemon Go’s on-screen integration of the monsters into a live view of one’s surroundings. Others are using it as a major feature of the program. Applications like FaceApp or Snapchat (with its “filters”) utilize augmented reality in a much more subtle way to augment the user’s content with additional objects or by modifying facial features.

While used extensively in the medical, military, and gaming worlds, VR is also now used much more by companies to deliver a variety of content to the end user. This empowers the user to interact with the content on a much more tangible level. Take for example YouTube’s 360 degree VR videos, or the VR destination tours.

The Future of VR and AR Could Be Yours

As VR and AR grow in prominence, the possibilities for advertising in both mediums grow as well. These possibilities open up exciting new types of advertising. Not only can we use targeted advertising, but the content of the ad can be interactive. This is where quality 3D content will give an advertisement life and user engagement.

Imagine being able to show the viewer a real-time overlay of your beauty salon’s hair styles and colors. Or, let them see their dream car sitting outside their house. Do you anticipate the viewer having questions about a new product works? A life-sized example of the product in action, possibly even with an interactive cut-away to show the internal process, could drive the viewer’s intrigue, confidence, and engagement. Speaking of engagement, check out how jewelry brand JEWLR is used 3D visualization to elevate their advertising experience, meanwhile driving a 147.66% return on ad spend (ROAS).

Real-time 3D content has its own technical challenges to overcome, but even basic smartphones these days can render simple 3D content, and there are already cross-platform engines that can deliver real-time 3D/VR content. SketchFab is an excellent online platform for delivering 3D and VR content and shows how optimized 3D content can look great on any platform. With the right software, this content could also be integrated into AR applications.

Check out a quick 3D ad concept we pulled together using SketchFab as one example of what can be possible with this new technology:

have we hooked you? 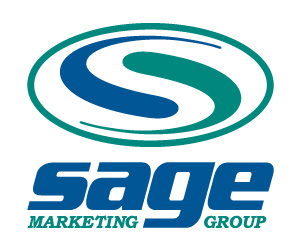 We love questions. get in touch

What is Fanatical Marketing?

The unrelenting determination and effort to create sweet projects that make our clients so happy they want to cry.

We use cookies to improve user experience by remembering your preferences and repeat visits. By clicking “Accept”, you consent to the use of ALL the cookies. You may manage your preferences through “Cookie Settings” to provide a controlled consent.
Cookie settingsACCEPT
Manage consent

This website uses cookies to improve your experience while you navigate through the website. Out of these cookies, the cookies that are categorized as necessary are stored on your browser as they are essential for the working of basic functionalities of the website. We also use third-party cookies that help us analyze and understand how you use this website. These cookies will be stored in your browser only with your consent. You also have the option to opt-out of these cookies. But opting out of some of these cookies may have an effect on your browsing experience.
Necessary Always Enabled
Necessary cookies are absolutely essential for the website to function properly. These cookies ensure basic functionalities and security features of the website, anonymously.
Functional
Functional cookies help to perform certain functionalities like sharing the content of the website on social media platforms, collect feedbacks, and other third-party features.
Performance
Performance cookies are used to understand and analyze the key performance indexes of the website which helps in delivering a better user experience for the visitors.
Analytics
Analytical cookies are used to understand how visitors interact with the website. These cookies help provide information on metrics the number of visitors, bounce rate, traffic source, etc.
Advertisement
Advertisement cookies are used to provide visitors with relevant ads and marketing campaigns. These cookies track visitors across websites and collect information to provide customized ads.
Others
Other uncategorized cookies are those that are being analyzed and have not been classified into a category as yet.
Save & Accept